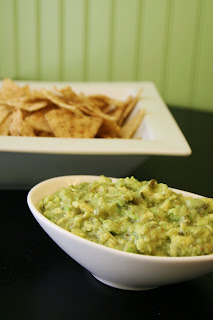 Let me start by saying that I could very well be one of the world’s least qualified guacamole reviewers. Up until about a two years ago I hated the stuff. Wouldn’t touch it.

But then, one fateful night, I had a little accident. The combination of a dimly lit room, lively conversation and a few jalapeno caipirinhas in my system caused me to dip my chip into the wrong bowl. Instead of salsa or queso, the tortilla landed smack in the center of guacamole. But I didn’t realize it until it was too late.

Chip enters mouth. Chew. Swallow. Hmmm…tasty. “What was that?” I ask. Friend, well aware of my aversion to the green stuff, hesitantly filled me in and then waited for my reaction. I reached for more. A new day had dawned.

Now don’t get me wrong, I’m not saying I now love all guac. Far from it. It has to be really, really good. So far that list is pretty short and includes just a handful of restaurants, one of which is Sol in downtown Franklin.

So when I was given a jar of the newly launched Jason’s Guac Starter to sample, I was game. You see, this starter was created by Jason McConnell, the chef owner of Sol. If his guacamole at Sol passed the Beth test, then there was probably a pretty good chance this would too. 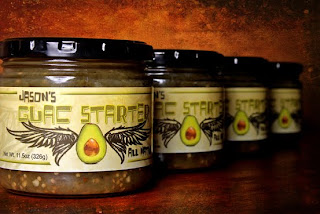 Keep in mind that I had never in my life made fresh guacamole at home, so having this jar of starter to use on my first attempt was quite handy. All I had to do was purchase 2 avocados, smash ’em up, and then add 1/2 cup of the starter. Perfectly foolproof. Not only was it totally easy, but it was really good! I made a batch for a party, and then a few days later a batch for us to munch on while watching football one lazy Sunday afternoon. (this would make a tasty and super easy appetizer for those Super Bowl parties just around the corner…)

Since I’m no guac expert, I really don’t expect you to take my opinion as the final word. As luck would have it, Whole Foods is hosting some upcoming Rock the Guac demonstrations–so go see for yourself!

or if you can’t make that one, they’ll be doing it again the next weekend at the Cool Springs location!

5 comments on “Me and Guacamole”