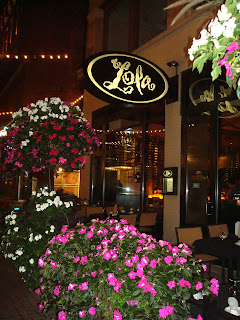 Warning to Vegetarians: Stop reading now if the mention of meat makes you the least bit queasy.

Warning to Anyone That Cares About Their Health: Do not eat meals such as this one on a regular basis. For every one of these, there should be at least a week of healthy veggie-filled meals to follow!

I’m almost ashamed to write this blog entry the day after posting a Meatless Monday recipe. I’ve been such a good girl for the past few months, drastically reducing my overall meat consumption on a regular basis in an effort to improve my health and help out our environment. But this meal I am about to describe to you is nothing less than a complete Meatfest. A Meatapalooza if you will.

If you haven’t noticed already, I have a couple of chef crushes, most notably Tom Colicchio. But there’s another bald chef that also gets my admiration- Michael Symon. I first fell for Chef Symon, winner of Food Network’s Next Iron Chef, during his brief stint as host of “Dinner: Impossible“. The specific episode was “Mother’s Day Madness” that had him cooking his mom’s amazing Italian and Greek dishes. He was just so darn cute working alongside his mom…

But anyway- my devotion to him is not what you’re interested in I’m sure. Let’s take a look at last Thursday night’s dinner at his Lola restaurant! As you know, my friend Melissa and I made a pitstop in Cleveland on our way to Pittsburgh for the weekend specifically to eat at Lola. Let me start by saying that I have no regrets in that decision. It was well worth the added cost of hotel room and rental car, and I would do it all over again.

Now brace yourselves as you read through our Meatapalooza menu:

My very first pierogi experience and even with nothing to compare it to, I know it was the best pierogi on the planet. The meat was slow braised and just melted in my mouth.

The sweetbreads were the dish I was most looking forward to because of reviews I had read, but I wasn’t blown away. Don’t get me wrong, it was good, but a bit plain. The previous reviews had been during colder months when the sweetbreads are served with blue cheese and mushrooms, so I might need to make a trip back in winter to give them another shot. 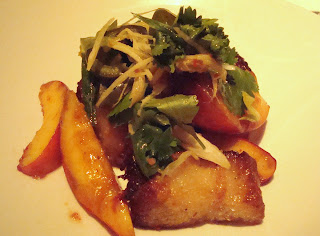 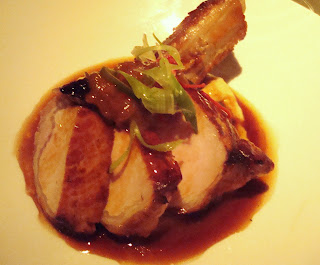 I wish I had taken a picture of my plate when I finished. It was quite hilarious. One bone on the plate, almost completely bare of any scraps of meat. That was it. And this pork chop was large. A little salty and just enough fat to make it nice and juicy, perfectly contrasted with the creamy polenta and the sweet bbq onions.

Wow. This was Melissa’s dish and I’m just really happy that she didn’t hog it all! The steak was perfectly seasoned and cooked, and the fries, double basted in lard with rosemary and sea salt, were totally addictive. 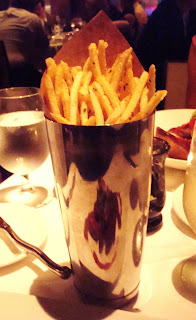 Honestly I would have been happy with just a big bowl of the maple-bacon ice cream. It was the star of the dish. 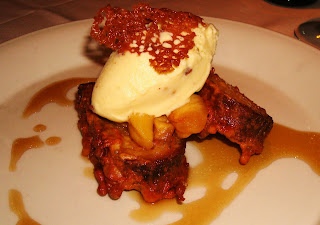 Melissa and I had a good laugh more than once over the weekend about our Meatapalooza. I’ve never eaten another meal that was anything like this, and as I said in the beginning, would never recommend this on a regular basis. But hey, be healthy a majority of the time and you can afford to do it every now and then. You only live once, right?

4 comments on “My Cleveland Meatfest”