Deal of the Day – The Cupcake Collection 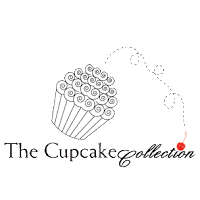 Know what you get when you cross a room full of girls with a box of Cupcake Collection cupcakes? Noises that are almost obscene, that’s what.

You should know that I’m not one of those girls that got all caught up in the cupcake craze. Don’t get me wrong, I like a good cupcake, but I also like a rich piece of pecan pie, a really awesome peanut butter cookie, a heavenly tiramisu, an amazing peach cobbler…well, you get the picture.

I’m not going ga-ga over cupcakes just because they’re cute. They have to taste good too. So even though I’ve eaten several cupcakes around town over the past couple of years, I hadn’t yet found one that evoked such an impassioned response. Until now.

My friend Leslie was in town visiting from NYC for a mutual friend’s birthday celebration this weekend, and she was thinking cupcakes would be the icing on the cake to make the party complete. Her mom suggested The Cupcake Collection. Well, actually it was the mere statement that TCC’s strawberry cupcakes were as good as her own strawberry cake that sent Leslie to their doorstep. A cupcake as good as her mom’s homemade cake?

In addition to a dozen decadent cupcakes, Leslie came out of there with tales of long lines and near riots when a fresh batch came out of the oven. Okay, maybe I’m exaggerating a teeny bit, but there really were enough indicators that before even tasting one, she could tell she had something special in her hands. Our assortment included red velvet, coconut, strawberry, lemonade, wedding cake, banana nut, and several chocolate flavors that I didn’t have the opportunity to try. I’m not even sure I can pick a favorite, but I know I was definitely blown away by the lemonade- the perfect amount of lemon flavor without being too tart. And each of them is the perfect ratio of cake to icing, not to mention that the icing is incredible! 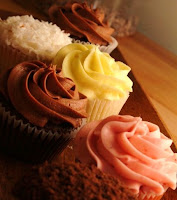 From now on, this may be my new go-to for parties and birthdays when I don’t have time to bake myself. Lucky for me (and you), HalfOffDepot.com currently has $20 gift certificates for only $10. That means over a dozen cupcakes for $10. That’s less than $1 a cupcake! And I know I said I don’t go ga-ga over cuteness, but they are pretty darn cute too….

One comment on “Deal of the Day – The Cupcake Collection”