Finding the Best Desserts in Nashville 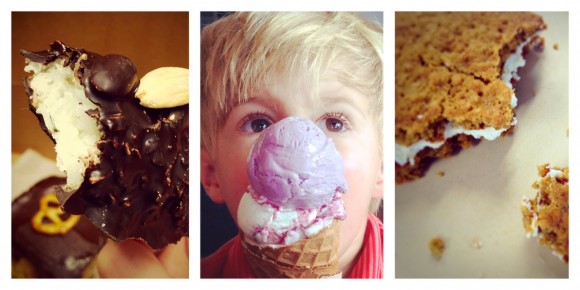 A couple of weeks ago, I brought up the topic of the Best Desserts in Nashville here on the blog and asked for your feedback. It’s a question that I’m asked quite often – “Where do I go for a really great dessert?” Usually the person is looking for something special, a place to celebrate a momentous occasion or impress a date. I always have some suggestions but have never actually written them down.

This year I’m once again a local blog ambassador for the Music City Food + Wine Festival (formerly Music City Eats), so I needed to come up with a topic to post on their blog, and with desserts on my mind, I decided that would be the perfect direction to go in! What started out as research for one post turned into two posts (stay tuned tomorrow for a related interview and recipe), and it truly was a fun little project. (Even if I gained 5 lbs while doing it)

If you’re wondering how I decided who to include in this list, I based it on my personal favorites combined with comments I’ve gotten from you – the readers. It would be irresponsible of me to highlight a dessert that I myself had not even sampled, so I even went out and tried a few new ones. Unfortunately I couldn’t get out to taste test ALL of your recommendations, so I still have a list to tackle over the next few months. It’s one project I’m not going to complain about! Note: for a few of the desserts I haven’t personally had a chance to try, but heard so many great things about, I’ve listed them as “Also to try:” at the end of each post.

One last thing — all of these desserts are from sit-down restaurants. I didn’t list ice cream/gelato shops, bakeries, or confectionery shops. There are lots of those that are incredible too but my list would have gotten overwhelming. That said, the pics in my header above are a few of the sweet treats I’ve enjoyed around town from shops not included in this round up. We’ll save those for another post down the line, okay? 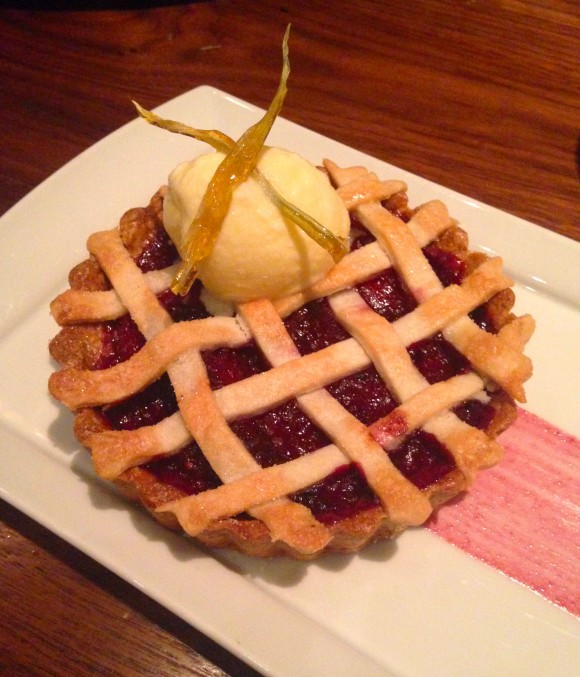 A pastry star has been born over at Mason’s. Recently I had the BEST fruit pie I’ve ever eaten in my life, a fresh peach and blackberry beauty with sweet corn ice cream and candy corn husk. Candy Corn Husk. Mind blown, and tastebuds in heaven. The crust on this pie was complete perfection too.

So who is this star on the pastry scene? Ashley Jent is not only the brand new pastry chef at Mason’s, but she is also a very recent graduate of the culinary arts program at the Art Institute of Nashville. Color me impressed. And I’m not the only one impressed – she just took home top honors at Nashville Scene’s Sugar Rush last week when her treats won the competition for Nashville Jam Company. 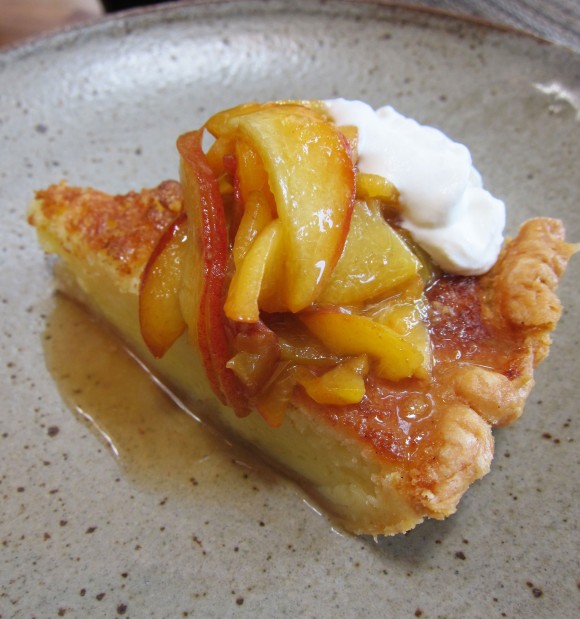 From the moment Husk Nashville opened its doors, one comment I heard over and over again was how incredible Lisa Donovan’s Buttermilk Chess Pie was, and those comments are spot on. It has actually become one of my favorite desserts in Nashville. The toppings throughout the year change – roasted strawberries, blackberry sauce, lemon cream sherbet, fresh peaches – based on what’s in season, but no matter how it’s served, it’s always delicious!

Come back tomorrow for more on Lisa and her recipe for this amazing pie!

“Sugar” plate in the lounge at Sinema

Take my advice: go to the cocktail lounge at Sinema and simply say, “I want Sugar.”

The Sugar Plate is only available on Sinema’s concessions menu, which is in their upper level lounge. It’s the perfect ending for an evening with a group of friends, because you have several small bites to share; a variety of miniature baked, frosted & spun desserts (including cotton candy!) The selection pictured above is Creme Brûlée, Grasshopper, Blackberry Cream Puffs, Peanut Butter Whoopie Pies, Chocolate Bouchon, Blueberry muffin, Lemon Meringue Tart, and Passion Fruit Bars, but that might not be exactly what you get when you order. You see, the plate constantly changes, which I think adds to the fun! 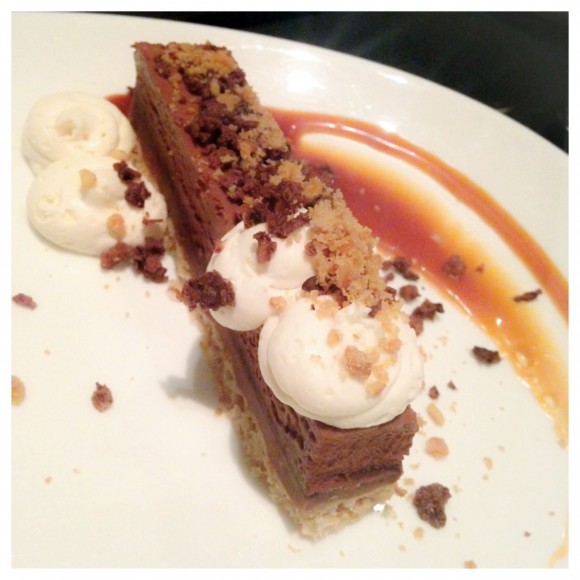 I might love Etch just a little bit. Have you noticed? I know, I talk about it a lot. But what I probably haven’t talked about enough is Etch’s pastry chef, Megan Williams. Megan is definitely one of Nashville’s best, and her personality is as sweet as the desserts she creates. Etch is the one restaurant I go to where I always order dessert. My current favorite is the Chocolate Pretzel bar with pretzel shortbread, dark chocolate ganache, chocolate caramel mousse, malted milk cream and caramel sauce. Before I tried it the first time I thought that it might be a little too sweet for my taste, but nope. That salty sweet combo is perfectly balanced, making it impossible for me not to get it over and over again.

On a recent dining experience though, I also got a few bites of her goat cheese panna cotta parfait with cherry strawberry jam, poached cherries, blackberries, graham and goat cheese whipped cream, and let me tell you- I died. Okay, so maybe I didn’t die, because obviously I’m still here, but that parfait was insane. It’s not on the menu any more, but if you happen to see anything similar on the menu, order it. Trust me. (But get the Chocolate Pretzel Bar too because it’s equally mind-blowing)

Also to try: Everything Megan makes 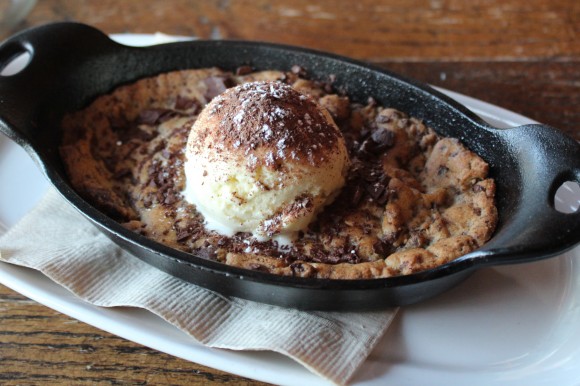 Sometimes you just need good old fashioned comfort food. That’s exactly what this dessert is for me. A warm chocolate chip cookie with a scoop of ice cream (ok, gelato) on top is so simple, yet so satisfying. And as simple as it sounds, I’ve certainly had chocolate chip cookies that are completely underwhelming and disappointing. Not this one. Reader Rachel said it best: “I still dream of its rich, chocolatey goodness months later!”

Me too Rachel, me too. 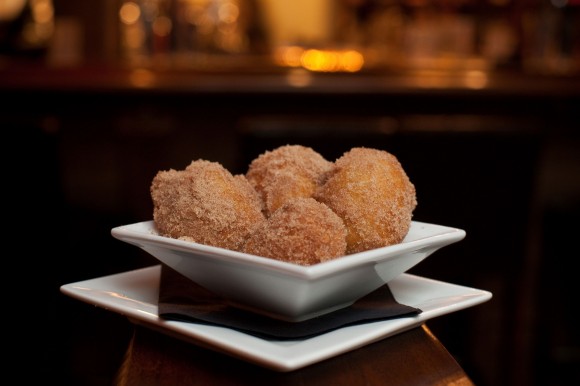 People look at me like I’m crazy when I say this, but I don’t really like donuts. Sorry, I just don’t. They’re not my thing. BUT, a few years ago when Patterson House opened, some friends of mine finally convinced me that I needed to try their donuts. You could possibly blame it on the 4 cocktails I’d consumed, but I swear I heard birds singing while I ate those little pieces of heaven for the first time. Now I get them every time I go- and I’ve ordered them even when I was drinking mocktails, so you can’t continue to blame it on the booze.

One of the original bartenders gave me a tip way back when: order a Stingy Brim to go with the donuts. Made up of Luxardo Espresso Liqueur, Barbancourt 3 Star 4 yr Rhum, Sweetened Heavy Cream, and Fees Old Fashioned Bitters, it’s perfect for dunking! This drink isn’t listed on the current menu, but if you ask for it, they’ll make it. 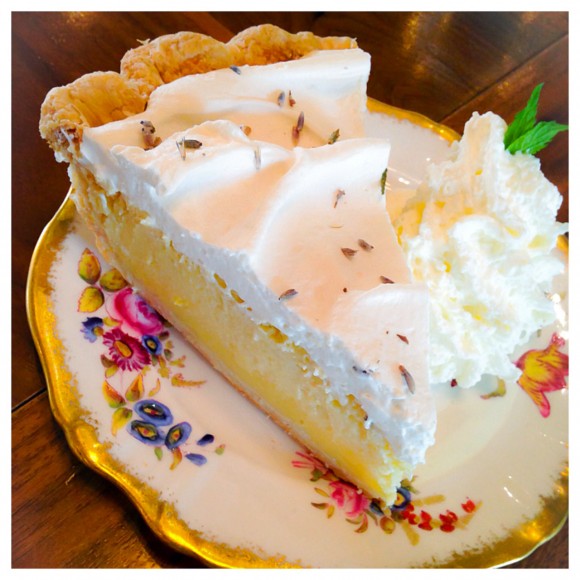 In May I celebrated my birthday with bowling and patio time at Pinewood Social. As the evening neared the end, we all realized I hadn’t had any birthday cake! You can’t have a birthday celebration without cake, right? Well, turns out pie is a perfectly fine substitute for cake. In fact, it’s better. Or at least it is in this case.

I love a good lemon pie in the summer, so as soon as I was presented with an option for Lemon Lavender Pie, I was all over it. Oh my gosh. I love this pie so much.

Oh, and don’t forget to order a coffee cocktail to go with your pie. I prefer Pinewood’s Southern Limerick but you really can’t go wrong with the Easy Like Sunday Morning either.

Let’s not even talk about how long I’ve been eating the cookie dough egg rolls from Jackson’s, because it would give away my age. Let’s just say it’s been a long time. Back in my single days, I hung out on Jackson’s patio quite a bit. These days, the days of motherhood and family and a demanding full time job, I’m rarely found lounging leisurely on any patio. But I still get cravings for the flash-fried chocolate chip cookie dough with chocolate sauce and vanilla ice cream. It’s worth a visit to Jackson’s just for these.

I’ve heard raves about the coconut cake at Firefly for years. Seriously – years. But I hadn’t tried it until very recently, and I have to say, it does not disappoint. What I didn’t realize, but have now discovered, is that it’s a cake by Anne. “Anne’s Coconut Cake” was a comment I got from several people when I asked what your favorite desserts were in Nashville, but I had no clue who Anne was!

Now I’ve put two and two together and it all makes sense. Apparently Anne’s Cakes is on Trousdale, so you can visit there too and see what else she has. But if you’re in Green Hills and looking to cap off the night was something sweet, stop by Firefly and order a slice.

Also to try: Caramel Fudge Cake made by Leland Riggin

If I had to eat only one dessert for the rest of my life, it would probably be chocolate chess pie. I’ve loved it since I was a kid, and any time it’s on a menu, I have to order it. Arnold’s Hot Pepper Chocolate Pie might not be the chocolate chess pie of my childhood, but it’s certainly just as good, if not better. I love the little bit of heat it’s packing from the addition of cayenne, and I will never step foot in Arnold’s without picking up a slice.

It might be hard not to stuff yourself silly on all the savory items from the line, but do yourself a favor and leave a little room for dessert!

8 comments on “Finding the Best Desserts in Nashville” 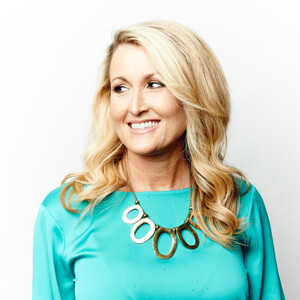 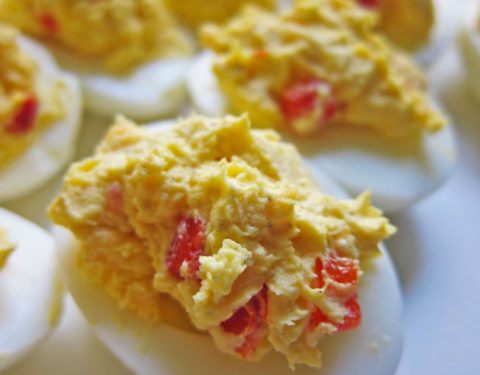 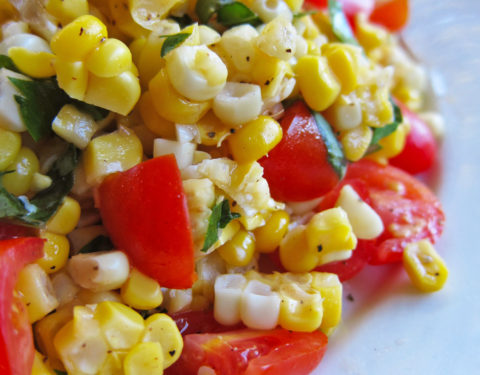 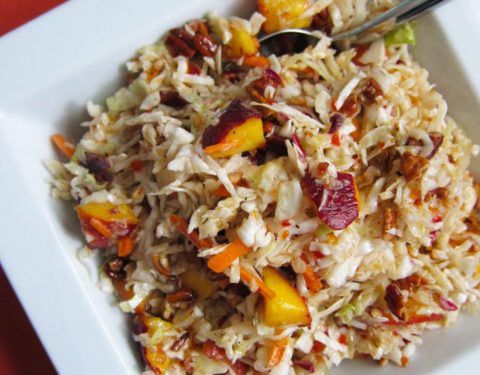 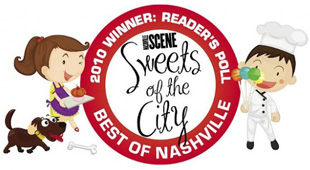