Taking In Zengcheng and Shenzhen 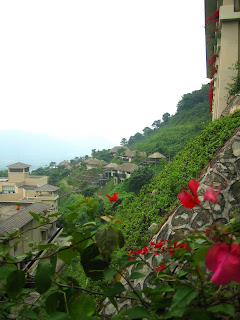 The next stop on my journey was Zengcheng, a county-level city within Guangzhou, where we stayed at a gorgeous resort high up in the mountains (photo at left). With 36 natural hot springs, a beautiful pool and spa, it would have been a wonderful place to vacation with my honey. Unfortunately, he was 8,000 miles away.

Once we arrived and dropped our things in our hotel rooms, Tony, the owner of the local factory, took us on an excursion to a local point of interest- an eco-tourism park at the foot of the highest waterfall in China. We arrived too late in the day to hike the trails up to the waterfall, but were able to enjoy the picturesque surrounding area, which including perusing the vendor stalls set up in the park. 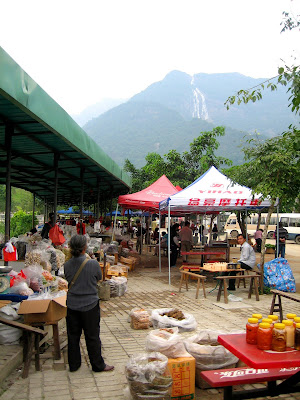 Vendors in the park. Note the waterfall on the mountain in background. 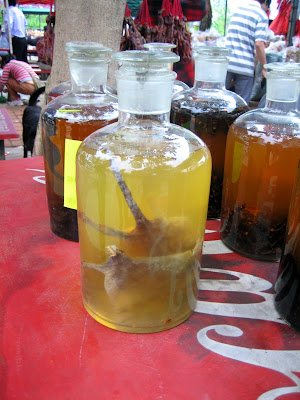 An elixir of alcohol and lizard. Tasty, I’m sure. 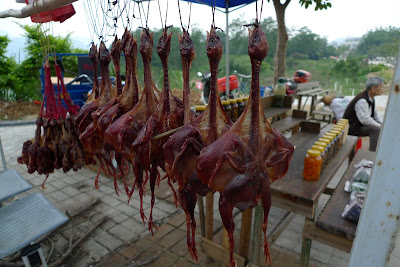 After purchasing a few goodies from the local merchants and walking around a nearby reservoir, it was time for dinner at Zengcheng Resort with Tony and several of his friends (including the owner of the resort and some local government officials).

BBQ Chicken (this dish was special ordered 1 hour before arrival-a special treat for me! delicious)
Water Spinach (the “hollow” vegetable)
Spicy Beef with Peppers
Thinly Sliced Potatoes
BBQ Ribs (pictured below) dare I say it? as good as some of the best ribs I’ve had here in the South! 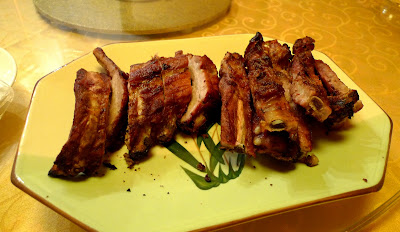 Tofu with Pork
Mushroom Mix
Fried Snake (shown below)- Yes, I was apprehensive, but it turned out to be quite good 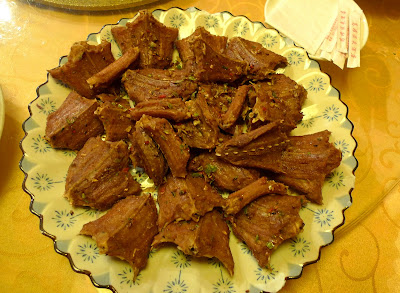 Sweet Potatoes in Sweet Soup (I think this was dessert, as it was served last and much later than all the other dishes)
And then the fun began….Toasting, toasting, and more toasting. 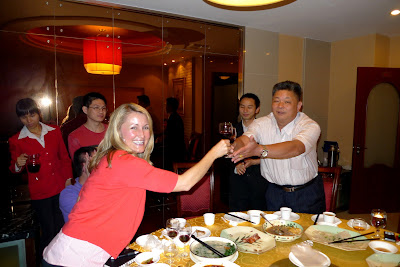 The owner of the resort toasting me–then requesting that I chug the entire glass of wine! I oblige, but only once. From there on out I stuck with sipping.

The next day after touring the factory in Zengcheng, it was time to move on to another factory in another city about an hour way. Same routine- factory tour, then eating! This was my life for 10 days!! Our lunch with this group included: Pigeon, Pork & Lotus Meatballs, Bok Choy, Goose, Deep Fried Cabbage, Baby Cabbage with Mushrooms, Fish Soup, Fried Mushrooms (these were battered and fried but not greasy, the type of flour used was very powdery), Beef with Peppers & Onions, and Fish in a light sauce with Mushrooms.
Then, guess what? We drove to yet another factory in another city- Shenzhen. You got it. Factory tour, then eating! Dinner at this local restaurant was very similar to the restaurant in Wenzhou in that there were displays full of plated food to inspect and choose from instead of menus. 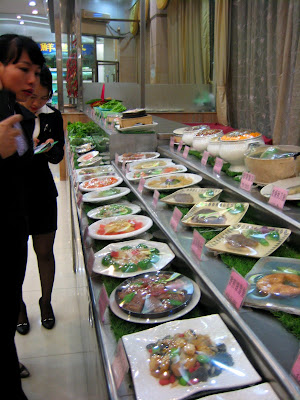 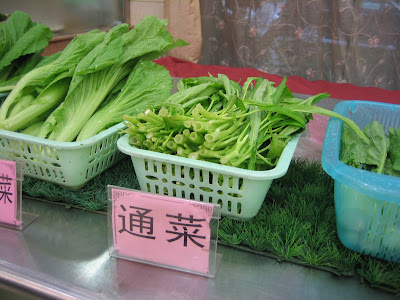 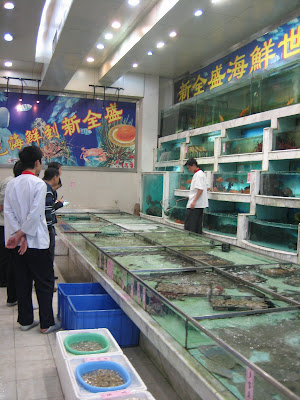 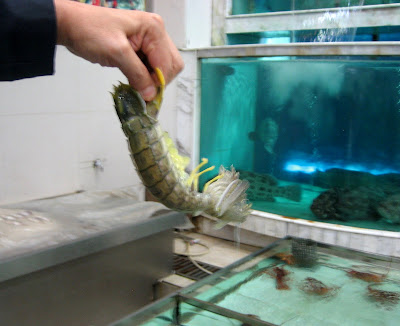 I think this one looks good!

Dinner included:
Mushrooms in Abalone Sauce with Bok Choy (the sauce tasted like KFC gravy)
BBQ Pig (the whole thing on a platter. I’m sparing you the sight of it)
Fish 3 ways: Steamed, Deep Fried with Pork and Bean Curd, and Cooked with Celery
Water Spinach (the “hollow” vegetable)
Mantis Shrimp (shown below, and still alive in the pic above)
It might have been ugly, but the meat was sweet like lobster. Also, it’s not really a shrimp, click here for further explanation. 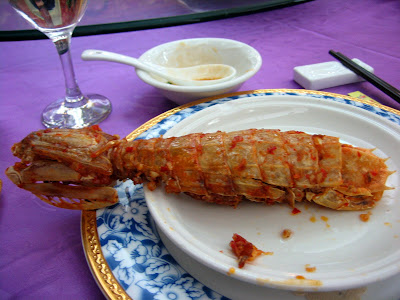 And last but not least, what I thought were just ordinary dinner rolls: 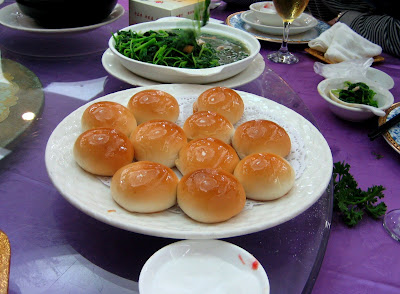 Instead, there was a surprise inside.
Baked BBQ Pork Buns! YUM! 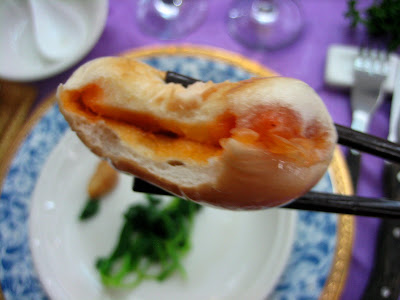 After this fantastic final meal in mainland China, it was time to head back to Hong Kong for a couple of days as I wrapped up my Asian adventure. Stay tuned tomorrow to hear about my final meals –two of my favorites for the entire trip!

2 comments on “Taking In Zengcheng and Shenzhen”