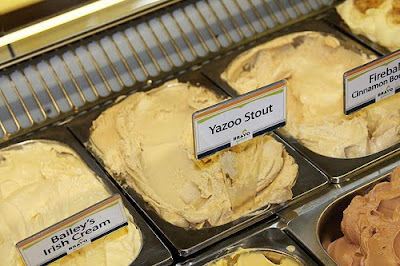 A couple of weeks ago, a pack of Nashville’s finest food bloggers (me included!) descended upon Bravo Gelato in the Green Hills Village shopping center. This mission was not only to sample the goods, but to also try our hand in the kitchen creating our own gelato. And you know how it all came to be? The power of Twitter.

Originally I had planned to give you all the details of our fun afternoon, but my friend Erin over at Erin’s Food Files did a smashing job recapping the whole experience, so insist that you jump over there and read all about it!

Named the top gelato company in the country for 2009, it’s hard to believe this delightful gelato was not really on my radar until recently. As is the case with many things these days, it all began with Twitter. It’s been a few months since I last gave out one of my “Tweet Me Right!” awards,
but @BravoGelatoNash totally deserves to be recognized. Not only does he tempt us with tweets about exotic flavors that are being added to the case, but he often offers up discounts, and even asks what flavors we want to see. Noel (Mr. BravoGelatoNash) does it right by communicating with his customers. I know that doesn’t sound like rocket science but it never ceases to amaze me how many restaurants don’t acknowledge or follow back their audience!

Here’s something really incredible: If you give him the heads up in advance that you’ll be coming and let him know what flavor you want, he’s usually more than happy to oblige.

In addition to heeding my advice to become a Twitter follower, you should stop by sometime and sample all the tasty flavors. My personal favorites are: Honey Peanut Butter, Fireball Cinnamon Bourbon, Popcorn, White Chocolate Macadamia Nut Cookie Dough, Yazoo Stout, and the Maple Bacon we had a hand in creating that day. 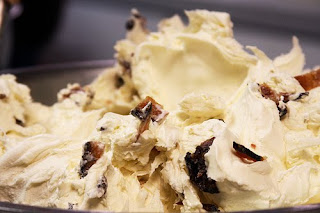 As luck would have it, this Saturday would be the PERFECT day for you to enjoy a nice cold gelato. And it’s not just because of the warm weather we’ll have– you’ll also be able to contribute to a great cause!

The store is donating part of the proceeds from this Saturday’s sales to Hot Rod Hustlers, a Country Music Marathon running team. Noel’s friend’s father was diagnosed in July 2009 with Primary Central Nervous System (CNS) Lymphoma, a very rare form of cancer. His children formed this running team to raise money for the Leukemia and Lymphoma Society.

Here’s how it will work: One flavor in the case will change every 15 minutes, and that special flavor is FREE* with a donation. All other flavors will be regular price with a portion of the proceeds donated to the cause. An added bonus? At least one, and quite possibly a few, Tennessee Titans are coming in to help scoop!

I can think of no better way to spend a few minutes of your time on Saturday afternoon than eating some heavenly gelato and giving to this wonderful cause. Drop by and if you see me, say hello!!