And The Results Are In…… 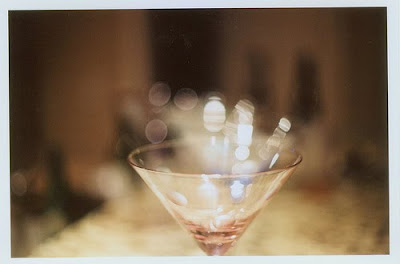 The secret is out. Remember how I said I was attending the Nashville Lifestyles Bartender Bash on Thursday? Well, I sort of left out a bit of info- I was actually judging the competition. Yes, my first celebrity judging gig. This blogging thing has its perks!

My 2 fellow judges and I had a blast tasting 24 cocktails. Key word here is “tasting”. Please know that I did not consume 24 full cocktails, as that would be very dangerous. (although there were a few that I held on to for a little longer than necessary) Of those 24, we were tasked with the tough job of choosing only two as winners- Best Martini and Most Creative Cocktail.

And the winners were…….

Sounds like a very simple, straightforward martini right? well, it wasn’t as simple as it sounds. Ashley incorporated some molecular gastronomy, making an olive out of an olive. Without getting completely technical, let’s just say that she used all of these crazy techniques that made her olive puree form a film around itself, creating a sphere. When that little sphere hit the tongue it exploded, filling the palette with olive puree. wow!

Now for some others that really got my attention:

(this one was actually THE toughest decision. Too bad we couldn’t give out 2 awards for Most Creative Cocktail)

Please let me offer my apologies to all of you bartenders if I left out any ingredients in your fabulous drinks. As you can imagine, taking notes while consuming 24 cocktails can result in some interesting language. As in, I thought I was writing in English at the time, but now looking back, I think maybe I was practicing my Mandarin. Next time I think I’ll ask for a secretary.

Photo Credit: Please have a martini or three by A-Wix

2 comments on “And The Results Are In……”